I returned to Harriman Reservoir in Vermont in order to try to hit most of the perimeter, thinking it would be almost 20 miles. Google says it was 19. It was a good trip. I'm exhausted.

This is where I launched. As I paddled around I discovered a handful of other boat launches. I previously thought there was just one on either end. It may have been better to use a smaller one, but since no one else was there when I arrived, it was no problem at all. 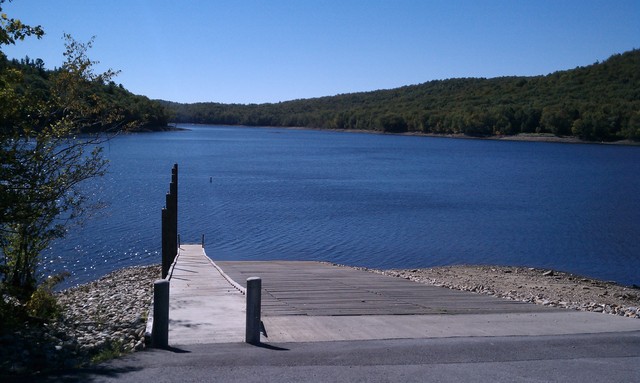 The weather was amazing. I was afraid it would be too cold, but the sky remained perfectly clear all day, and the sun kept me plenty warm. Wind was minimal. There were some other people on the water, but relative to the size of the place, I may as well have had it to myself.

I had gotten some fingerless "boating gloves" to try eliminate the blisters that have been getting to me on these longer trips, and I wore them this whole trip. They were a partial success, but I doubt I'll be using the pair I got again. They're already showing significant wear. The thumbs are for people with comically large thumbs and not my (apparently) petite ukulele-strumming thumbs. As a result, the thumb material kept getting bunched up and folded over, and it is just beginning to come apart. The exposed parts of my fingers, I remember now, are also parts that get irritated, and the gloves didn't help any there. I need to build some callouses. 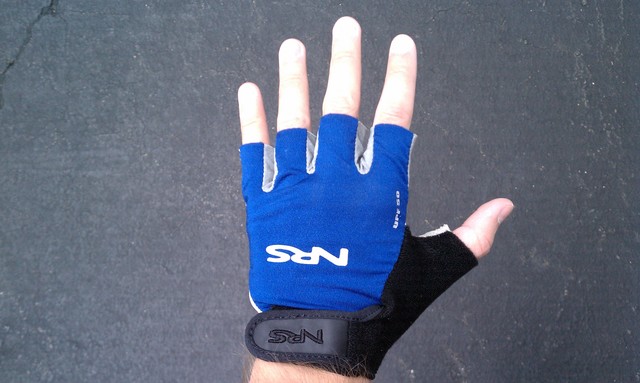 These are "after" pictures. Note the wear on the fabric on the inside of the thumb.

You forgot to include obligatory photos of the boating gloves!