I left ​My Tracks recording GPS data for the drive home, so the map this time is slightly less awesome. I hand-edited the data and gave it back to Google Maps, but it insists on breaking it up into multiple pages of directions, and the last bit of the trip is missing from the embedded map.

This was where we launched (photo taken after we were done). I met Anton in a small parking lot nearby, and the first thing I heard was, "that water is VERY green!" The water was very green. 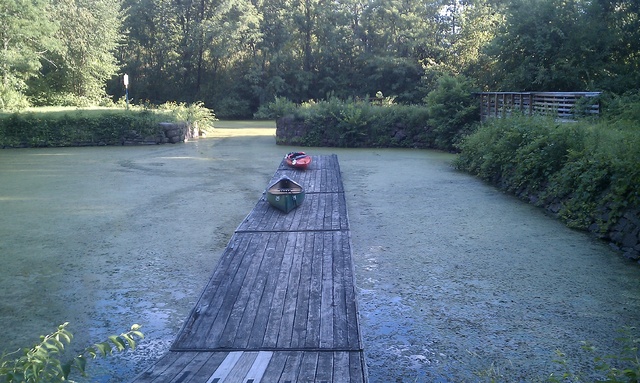 This little man-made area was very neat. Everything except the water seemed to be basically in good condition with a video game style "nature overtaking man-made structure" aesthetic to it. I'm sure it was intentional. I later learned that it was ​Clute's Drydock, formerly used to repair and construct barges.

So we took to the water thick with duckweed, and I arbitrarily chose a direction. This is what happened:

We ended up turning around, and the water cleared up a bit. Enough to paddle. We made it to the Mohawk River but not before "paddling" through another area of seaweed.

The Mohawk River was busy with people pulling people on tubes with boats, fishing, swimming, and doing whatever else it is that people do on boats that aren't paddled by hand.

Here's roughly how the bit of our trip on the Mohawk River went. 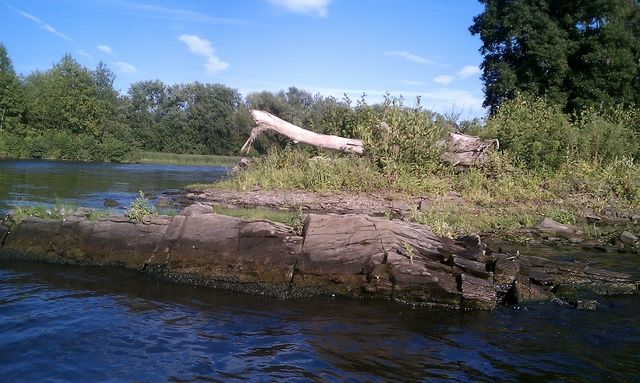