Today was odd. I intended to make a long exhausting trip on Great Sacandaga Lake. On my way to my planned launch spot, I saw a sign for public boat access. That sounded better than the state park I was going to launch from, as it would have likely charged me around $8 and "public" means "free."

I immediately and accidentally passed it, turned around, went back, and pulled in. I passed the boat launch area to which the sign was referring. It was occupied by people backing in their motor boats, but there were a bunch of other paths that appeared to go to the water, so I kept driving. There were a handful of camp areas (though no overnight camping was allowed) around the water. It was actually pretty busy.

There was a tiny graveyard here. Eerie. 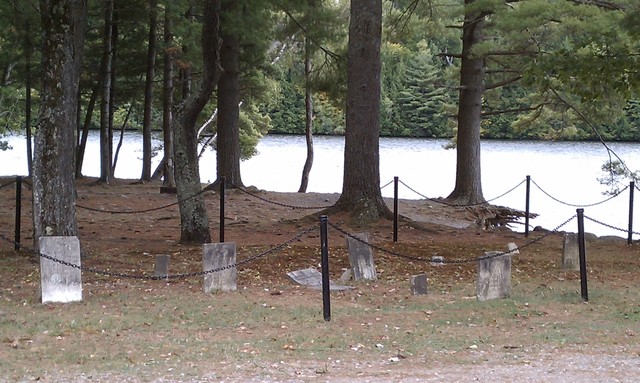 I found what looked like an open parking area close enough to the water for me to launch, and I was off.

It was windier than I would have liked. The water was a bit choppy, but not nearly as rough as my first time at the proper Great Sacandaga Lake.

I headed west, into the wind, and before I knew it, I hit a dam.

So I turned around, passed my starting point and then a bunch of camp areas.

I passed some people setting off fireworks from a boat.

Then I hit the real dam. 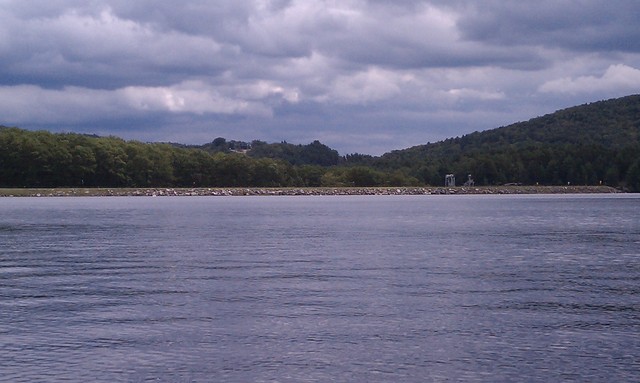 I explored a bit, minding to stay a safe distance from the business end of the dam. 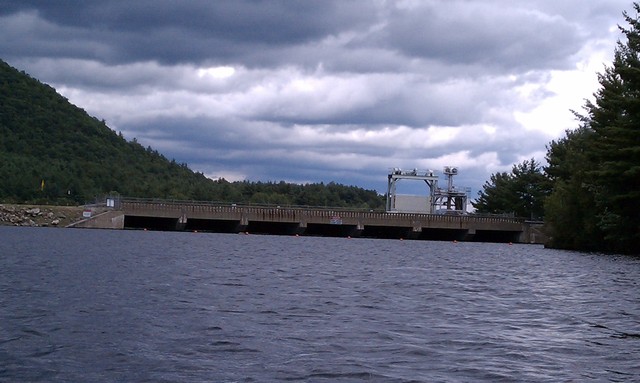 About then, the wind really picked up, it started drizzling, and I think I saw some flashes way off in the distance. I raced back, hugging the shore in case the sky really opened up and I needed to quickly find shelter on land.

I got back to where I started and decided to just call it a day, hours before I planned. I wasn't sure if the weather was going to hold out, it only seemed to be getting windier, and I had already explored most of the area. On my way out I saw a bunch of other kayakers on the other side of the dam, in some rather rough water. I kept driving.